“I want our soap to be a national product!”

Amanda has been teaching and assisting the women of OFEDA since January of this year.  Before this trip, I was with them for just one full day as a Workshop Lead.  So going without Amanda felt a bit intimidating at first, but those qualms quickly subsided when I arrived and reacquainted myself with the wonderful women of OFEDA.  And alas, I was not alone.  My sister, Rachel Aaron, was with me every step of the way during the workshops, but not to assist in soapmaking and formulating; her role was Storyteller.  Rachel collected stories from a total of 12 women within the group about the hardships, trials and tragedies that have befallen them since well before the earthquake of 2010.  In one-on-one interviews, she uncovered layers of pain, excitement, misfortune and opportunity.   We’ll share those stories with you soon.

There was a sense of openness and even playfulness within the group that I had not seen before, and I believe it was due to the candidness that everyone expressed, both through the one-on-one interviews with Rachel, as well as an ice-breaker session I exercised with the group about everyone’s fears, considerations and roadblocks as it pertains to the future growth of their soapmaking initiative.  In order to capture what we WANT in life, it is sometimes necessary to figure out the things we do not want in our lives.  The overwhelming theme to the cooperatives’ fears, considerations and roadblocks had to do with not having enough work.  And this is due to the lack of logistics in regards to getting anything into the country of Haiti.  We shipped enough raw materials for OFEDA to make about 1,000 bars of soap back in mid-summer.  Due to customs operations in Port-au-Prince, as well as an untimely workers’ strike at the port, OFEDA’s oils are sitting in a container, waiting to be used.  They are there, but inaccessible to the group.  Another fear that some women had was the lack of speed in moving forward, which again, falls back on the lack of materials being present.

We had more even more in-depth discussions on goals, and the power of goal setting.  And we did so within the theme of strong-minded, success-driven women in business.  When everyone opened up, I heard things like:

This was a delight to hear.  These few commentaries showed me how serious and dedicated they truly are to the mission.  They make incredibly good soap.  We know this.  The next step is establishing clearly defined targets, which is what we set out to do next. The main goal of the group for 2014 is to make and sell 500 bars per month, and to recurrently engage and acquire new wholesale customers who will buy at the correct price point agreed upon.  After making enough soap to fill all the molds we had on hand in a small 10×10 tent in the hot and humid mid-day sun of Petionville, Haiti, I had the entire group boast this goal aloud 3 times in unison.

They held their heads high and shouted with confidence.  They even yelled at the end of the third chant, “OR EVEN MORE!” in regards to the making and selling of 500 bars per month.  They are ready, willing and able to achieve this goal, and so many others.  These women are incredibly sharp-minded and have a readiness and enthusiasm about them that is palpable.  The next step is finding a steady stream of materials, which of course takes a lot of capital, as well as further education as it pertains to business, accounting, wholesaling and good record-keeping. Another goal of the group was to develop, design, actualize and acquire proper packaging for the soap.  This is an often over-looked part of a manufacturing-based business.  They know what they want, and they know how they want it to look, which of brought a smile to my face.  They are taking the lead on what it is they want as a group, and they reached this decision on their own.  The next step for Lovin’ Soap Project as an organization is to put things in place (which includes upfront capital) to make this tangible for OFEDA.

We were accepted and welcomed with open arms, and we left with tons of hugs, kisses and full affection.  The goals of Lovin’ Soap Project were met on this trip; however we have a long way to go.  The sense of urgency that we feel as an organization to assist in the success and profitability of these women is immense, and it grows stronger every time we visit.  We as an organization need to be on the ground in Haiti as often as possible in order to speed things along.  We need time, energy and the resources of others to help us do just that.  January will be the 4th year since the earthquake struck, which coincides with these beautiful, talented women living in “Tent City.”  For almost four long and arduous years, these women have lived a hard and distressing livelihood.  The artisan craft of soapmaking can create revenue streams for them, but they need an immense amount of support; far more than any start-up business in the United States or other developed nations need. Slideshow from Benjamin and Rachel’s trip:

Lovin’ Soap Project will be in Haiti and Uganda in 2014. We are in urgent need of funds to continue our work.  Find out how you can help!

Thank you for your support! 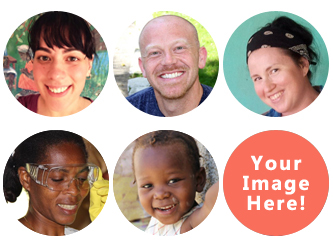